So I’m really excited for today’s post because I was finally able to get to the mail center and pick up my package from The Disney Store.

This is my first time owning any of the Disney Store Classic Dolls, but after seeing pictures of this year’s batch, I knew I needed to own the dolls from my two favorite Disney Princess movies, Tangled and Aladdin. Not only are Jasmine and Rapunzel my favorite princesses, but both of their dolls for this year really impressed me in the pictures I saw online. When I saw that the Disney store was running a promotion of the new dolls so that if you bought two or more you could get them for $10 each instead of $16.95, I went ahead and ordered both princesses and their princes (because who doesn’t love Aladdin and Eugene?)

I’ll start with some pictures of the dolls in their boxes and then get to the deboxed photos. I’ll also give you my thoughts on each of the dolls including what I love most and what I think could be better. 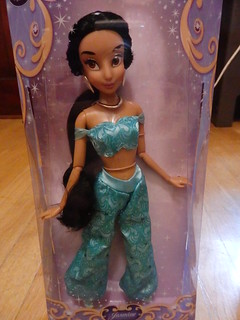 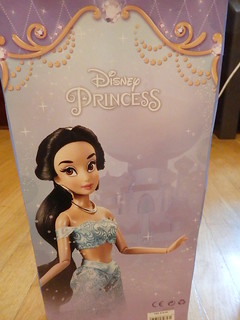 Jasmine has been my favorite princess ever seeing Aladdin as a kid. I loved that movie and I thought that she was beautiful and generally just awesome. I have been waiting for years for Aladdin to be released from the Disney vault and this is the year, so you can expect lots of Aladdin merchandise on this blog this year.

The princess / prince couples have matching boxes in the Disney classic set so here is Aladdin still in his box. 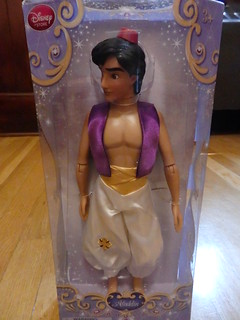 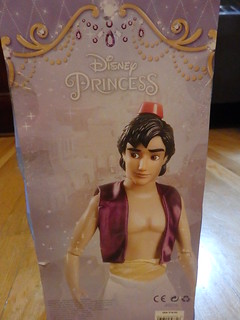 Even though this is my first year owning any of the Disney classic dolls, I have looked at comparison pictures from past years, and one of the biggest upgrades this year are the new face molds being used for the princes. A few years ago Disney released Limited Edition Designer Couple dolls using face molds for the guys that were much better and movie accurate than the ones used in the classic dolls and this year they used those molds on these dolls, which I love. I think Aladdin looks great with this mold.

(Also, the Designer couples dolls for Aladdin and Tangled are my grail dolls. But since they are currently reselling on eBay between $250-400 for the Aladdin ones and ~$450-500 for the Tangled ones, they will have to wait unfortunately. At least in the meantime I can have dolls with the same face mold).

Here are Jasmine and Aladdin in their boxes side by side so you can see how they match: 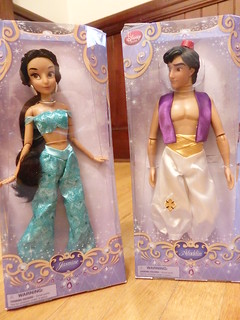 And now on to Rapunzel and Eugene: 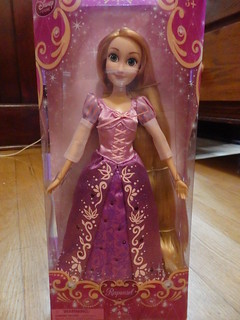 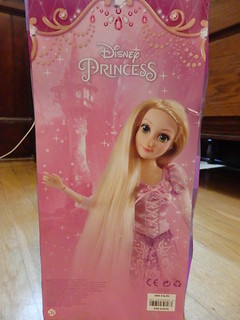 As you can see, their color scheme is pink. Which works for Rapunzel but not so much for Eugene… 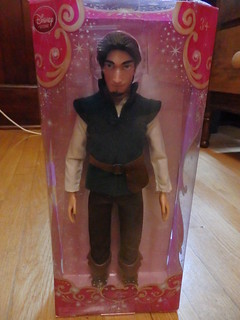 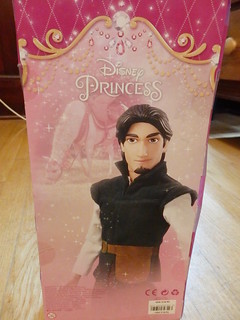 Luckily I am a deboxer so these boxes will soon be in the recycling bin and all that will remain are my pictures. And here are the two together: 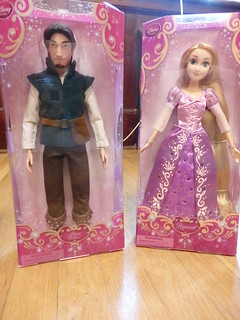 And one of all four dolls together: 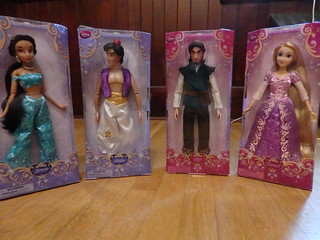 I like how Aladdin is looking towards Jasmine in this picture. Now for the part I like best — the dolls out of their boxes. Let’s start with Jasmine and Aladdin again. Here’s a full body shot: